MurderCon Or How to Learn Forensics In a Weekend 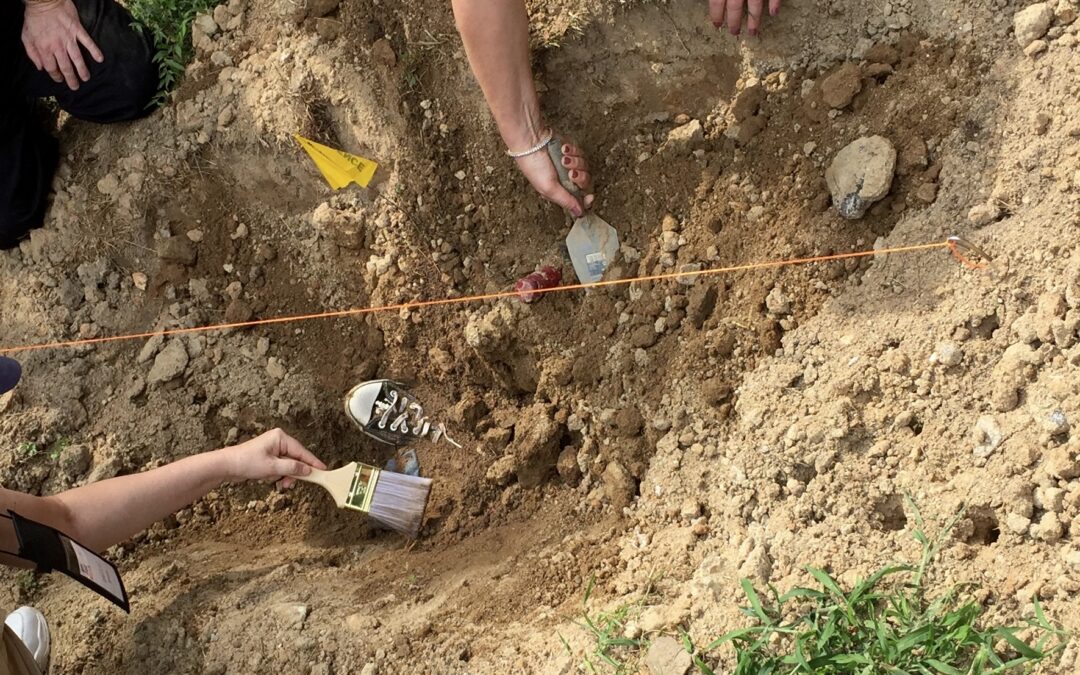 I watched as he threw another spade full of dirt out of the hole. Sweat formed on the back of my neck. Was that a shoe? He stopped. The woman squatting next to the grave confirmed it.

And it had a foot inside. A plastic skeleton foot, mind you, but still…a frisson of excitement scooted up my spine.  So this was what it was like digging for a body.

“Buried Bodies” was just one of many classes offered at MurderCon this year in Raleigh, NC. Most were centered around forensics—like finger printing, foot print recovery, and blood evidence. Many of the classes were hands on to a certain extent.  Aw, the stringent smell of chemicals again.

Then there were the sessions on things related to death from the discovery of the victim through the legal language used in a courtroom. I even heard from a retired NYPD detective who worked undercover in Organized Crime Control. That was enough to turn your hair white!

But I’d have to say my favorite hour and a half was spent with the interrogation expert. According to Paul Bishop, it’s nothing like you see on television. And I believe him. No big tables in tiny rooms. Very few two-way mirrors. And no good cop/bad cop. It’s against the law.

Paul believes that anxiety is the key. Move into the personal space of the person your interrogating. And ask this question: “Can you tell me why you’re here talking to me today?” Watch for signs of heightened stress. Fascinating. I could have listened for hours.

Along with the informative classes, there were keynote speakers and panels made up of writers Tami Hoag and Heather Graham, and professional law enforcement. One of my favorite conferences, and I hope to attend again next year.

There are so many conferences to choose from. Share some of your favorites with us.